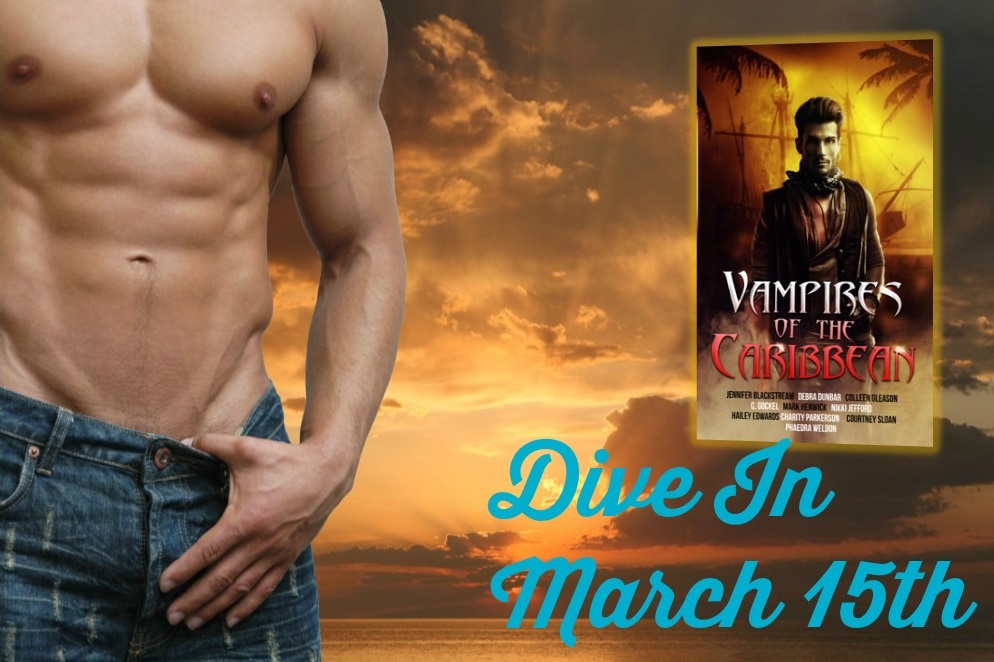 My favorite fang boy is back!

If you’re a Faniac, or an Aurora Sky series diehard, you won’t want to miss this all new prequel story. Fane encounters his first vampire hunter, but (as you know) it won’t be his last!

Keep reading for a sneak peek of his new story, A Vampire’s Life For Me, appearing in the Vampires of the Caribbean anthology on March 15th, 10 tales that include New York Times and USA Today Bestselling authors.

– A Vampire’s Life For Me Excerpt –

Palm trees fanned out overhead as I made my way to Maho Beach on the Dutch side of St. Maarten. Bright lights beckoned nighttime revelers into the island’s after-hours clubs. Techno music thumped from open windows and doors. Groups of beautiful young people walked past me, laughing with genuine pleasure. Humid air bathed my arms in warmth, and I felt something I hadn’t in years—the thrum of life swirling up inside me.

I reveled in the sensation, drifting down the walkway, in no rush to reach my destination.

I lit a cigarette, took a puff, then tossed it in the next trash bin, too taken up breathing in the new surroundings to cloud it up with smoke.

Before leaving the hotel, I texted Cassie: Where do you want to meet?

To which she replied: ur really here? 🙂 Red Rum Lounge asap. Tonight we play. Work tomorrow. 😉

Good to know the years hadn’t dampened Cassie’s spirits. Even murder and the possibility of a vampire hunter lurking around the islands couldn’t get in the way of her evening fun.

Not surprisingly, Joss elected to remain cooped up in our ocean-facing penthouse, curtains drawn.

I didn’t understand why he grumbled so much. He could read a book just as well in the Caribbean as he could back in New York. A lot of vampires would kill to be in his position. He had his very own vamp daddy offering extravagance and adventure, no strings attached, and he chose to spend it reading.

In theory, we had all the time in the world, but I’d never let that slow me down. Life was meant to be lived, whether there were decades or centuries ahead of us.

As I walked past a group of women in string bikini tops and cutoff jean shorts, my phone vibrated inside my pocket. Pulling out my phone, I saw a new text from Cassie: where r u?

I grinned as I typed: Marco

With a laugh, I pocketed my phone. I could practically hear Cassie squealing inside my brain. My steps quickened, suddenly spurred on by the prospect of socializing. There’d be plenty of time for sightseeing in the days to come.

Soon I reached the Red Rum Lounge, the name lit up inside a large red rectangular sign outside. Live reggae music played within. The bar was already jam packed with a mass of twenty-somethings dominating the demographic. They danced and smiled like they were having the time of their lives. The animation inside had an intoxicating effect that rushed over me instantly.

Energy pulsed through my body. It felt a bit like drinking blood. My heart soared with happiness to be here in this moment. If I’d been mortal, I would have missed all the dazzling achievements mankind had made—railways and steam trains, air travel, space travel, the fashions, the music, the literature and art. My life might have ended with the Black Death and a place inside the Donado burial vault. Instead, it went on and on, and it was the most wonderful thing. Moments such as these made me feel outside myself, my mind a marvel at the extraordinary gift life had given me when I thought of all the people, undead and otherwise, I would have never met had I died when I should have.

A slow scan of the crowd led me to Cassie standing at the bar drumming her pink painted nails on the counter. She kept her head turned to the door, which made me smile, delighted I’d slipped into the club undetected.

She leaned over the counter briefly before lifting her head again. As she did, my phone vibrated.

Her text made me grin.

Sticking to her blind spot, I made my way over while drinking in the sight of her long, slender, sexy legs. From this angle a mere swatch of tight denim covered her toned ass, leaving the rest of her body exposed.

Her wheat-colored hair had been pulled over her shoulders, leaving her back completely exposed with the exception of the white straps knotted at the back of her neck.

Blood rushed to my groin. I felt an insatiable urge to bite her. Drink from her. But Cassie had a type and it wasn’t anything AB. Like a wine connoisseur, she knew her reds better than most vamps and turned up her nose at any blood that was vampire, or had the biological ability to become vampire.

This only made me want to bite her more.

I ran the tip of my tongue languidly over the back molars I’d filed to points. Nothing too obvious, didn’t want to detract from the charming Donado Cheshire grin. They were merely to assist in piercing flesh more delicately.

Cassie kept her eyes facing the club’s entrance. Her fingers rested on the counter then began drumming anew. I smirked to myself, eager to join her but not quite ready to relinquish the delectable view of her from behind.

About five seconds before I risked slithering over to the creeper zone, I crossed the remaining distance, pressed myself against Cassie’s back, and whispered huskily beside her ear, “Polo.”

You froze your buns off with them in Alaska, now join Fane and Joss in the Caribbean! BYOB. 😉 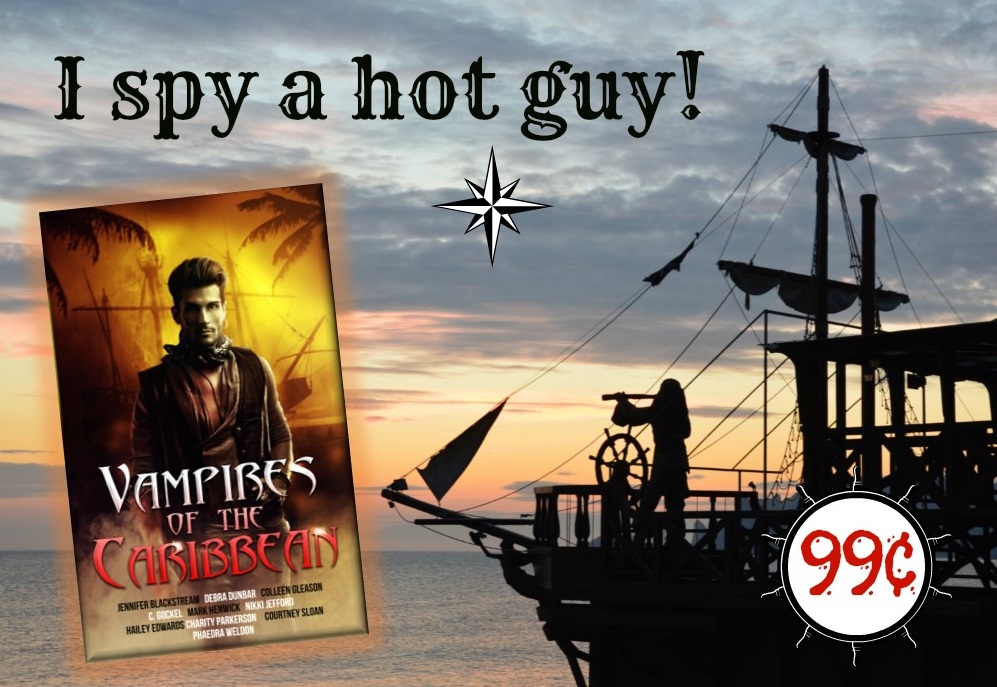